Young Guns On The Bump: Germán vs Bieber in Game Two 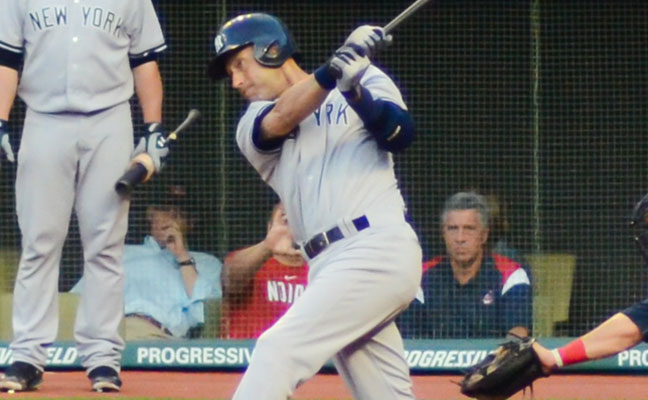 The New York-Cleveland series shifts from a showdown of aces to one of young guns. Domingo Germán (2-4, 5.06 ERA) for New York against rookie Shane Bieber (4-1, 3.47 ERA) for the Tribe.

Few rationing minds predicted that yesterday’s clash of aces would result in a home run derby, but that’s about what happened at Progressive Field in Cleveland. Cy Young Award candidates Corey Kluber and Luis Severino were both touched up for their highest earned run totals of the season. In Draft Kings points, Severino was actually underwater (-0.75), while Kluber ended up with 16.50, due mainly to his 9 strikeouts. If you drafted both hurlers, 15.75 combined points for an outlay of $21,000 was not going to help put you in the money.

The New York firepower was provided by Brett Gardner, Didi Gregorius and Aaron Hicks. If you read our preview yesterday, two of those sluggers would have been in your lineup.

Bieber ($8,100), a righty from Southern California, was selected by Cleveland in the 4th round of the 2016 MLB Draft and made his pro debut May 31st of this season. He has never faced any Yankee hitters.

The 23-year old Bieber does two things on the mound. Throws strikes. And does not throw balls. His fastball rarely breaks the 90mph barrier, so he lives on location and control. Look for a lot of first pitch swinging from the Yankees tonight, but if there is no life on those pitches, you’ll be wishing you stacked pinstripe hitters like you should have in Colorado the other night.

Domingo Germán vs The Indians

With a small but encouraging sample size against Cleveland hitters (allowing 1 hit in 20 at-bats), Germàn ($7,400) is seeking his first road win (0-2). To be most effective, his pitch location (especially the fastball) has to be spot on. He has nasty stuff and you could see why the Yankees are high on the young right-hander. The more quality outings he can accrue, the better his chances of nailing down Jordan Montgomery’s spot in the rotation for the foreseeable future.

While Aaron Judge ($5,700) continues to deliver quality at-bats, his power numbers on the road are not as strong as at home so we tend not to draft him in the road grays unless there is a pitching matchup that makes sense. We’re going with Aaron Hicks ($5,000) again (hot as a pistol), and also staying with Didi Gregorius ($4,700). And it’s also hard to keep Brett Gardner ($4,800) out of your lineup these days. On the Tribe side, José Ramirez ($5,800) and Frankie Lindor ($5,900) are expensive but for good reason. Both are on fire.

So what are the wise guys saying about tonights Yankee-Indians matchup? Like last night’s line moves, the late duckets are coming in for the Yankees, with a mark of -113 at this writing. The over/under in 9, with the totals now going under in 15 of the Yankees last 21 road games — meaning in a sense they have have not been putting up big numbers on the road than at home over the past 21 games. Which should give you pause for an ‘optimistic’ pinstripe stack on any given night. Save those for the home games.

Our archive of John Sterling’s home run calls has just been updated with the audio for Tyler Wade‘s first career dinger, a no-doubter to the right field bleachers in Camden Yards.