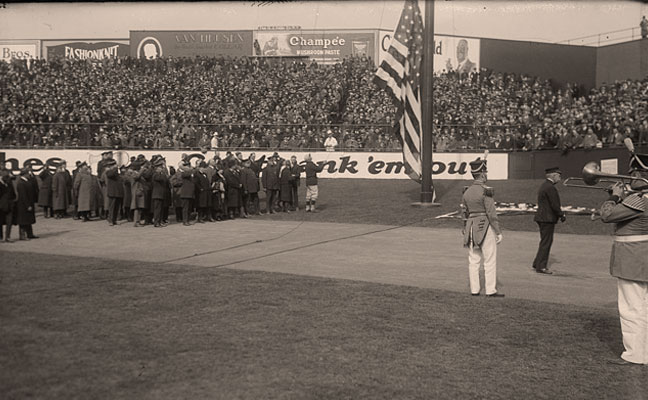 The pain of the 2017 season finish for the Yankees was pretty much put in the rear view mirror on the morning of December 11th, when the baseball world awoke to news of a jaw-dropping Brian Cashman heist that no one saw coming.
The best GM in the world absconded none other than reigning MLB home run champion Giancarlo Stanton from the Miami Marlins. Sure, it hurt to see Starlin Castro go, but if you would have asked me a day before what it would take to land Stanton, I would have told you a lot more.
Yankee fans have been salivating about the lineup every day since, and couldn’t wait for Spring Training. But this year it blew by too fast, at least for this writer. Seemed like fewer games where televised, and had sporadic success seeing or hearing anything on MLB Extra Innings. But don’t get me started on that.
It’s time to shake the winter rust and jump head first into some fantasy baseball!

The Bronx Bombers will begin the 2018 campaign against the divisional opponent they closed out the 2017 regular season with — the Toronto Blue Jays.
The Jays disappointing season ended in a fourth place finish (76-86), 17 games off the pace. In the off-season they resigned Josh Donaldson and acquired Curtis Granderson, Randal Grichuk, Yangervis Solarte, and Aledmys Diaz.

Here’s the Opening Day lineup for our 2018 New York Yankees:

J.A. Happ vs The Yankees

Luis Severino vs The Blue Jays

The Yankee ace throws hard. Very hard. And gets stronger as the game progresses. His four-seam fastball averages 97MPH, with a 89MPH slider and changeup mixed in. He had two starts against the Blue Jays in 2017, allowing 7 earned runs over 12.2 innings and striking out 10. He fared slightly better at Rogers Centre than Yankee Stadium. Also in 2017, he pitcher better on turf than on grass, and his road ERA was a full 1.5 less than his home ERA.
Here’s who Sevy needs to watch out for in the Jays lineup:

Who Should Be Hot

Realistically Week One of the season is a crapshoot. Spring Training numbers don’t mean much — or do they? You go with the trusted names and a hunch on a few guys you expect to break out.

Embed from Getty Images
This could be the breakout year for the speedy centerfielder, and at least until everyone catches on, a secret weapon draft. His current salary is $4,000, which probably won’t last for long.

Embed from Getty Images
Another sneaky-good pick, although his salary has risen a tad ($4,300 at this writing), Merrifield will give you consistent numbers, and have a monster game every so often.
Opening Day ALERT: The Nationals vs Reds game in Cincy has been postponed.

THE FINE PRINT : The fantasy lineup suggestions are purely speculation and should not be taken as gospel. Anything can and will happen in a baseball game, but this content is designed to provide a starting point for your lineup research. Best of luck, and let’s go Yankees!