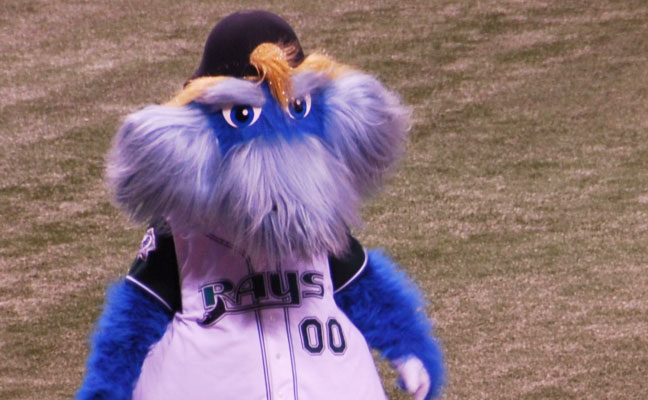 Last night was a kick in the stomach as Sonny Gray’s home woes continued but actually improved if that makes sense. After a shaky 32-pitch inning, he settled down but gave up lead in the 4th inning. The Washington Nationals gave the Bombers a dose of their own youth and power as their #2 prospect Juan Soto hit a pair of home runs than were the difference in the Yankees 5-4 loss.

The following suggestions are for the 7:05pm EST Yankees-Rays matchup in Draft Kings’ Classic mode.

Yankee fans will be familiar with Rays starter Blake Snell, having watched him rise in their divisional rival’s system, and recall his MLB debut at Yankee Stadium on April 13, 2016. After a bumpy 2017 campaign that saw him get sent down to the minors, Snell opened 2018 strong and currently holds the #2 spot in the rotation behind ace Chris Archer (who is on the 10-day DL with an abdominal strain).

Blake Snell ($10,900). The lanky lefty relies mostly on a four-seam fastball clocked at 96 mph, a slider, curveball and change that all range in the mid-to-high 80s.

PREDICTION: This may change with Snell’s improved skill set, but he’ll usually breeze through the order a time or two before the Yankees start timing him properly. Again, with the offense still on ‘snooze’ control, it’s hard to say with confidence that they’ll bust out tonight. The trick is guessing which Yankee or two will. The wise guys are calling for an 8.5 over/under, and the Yankees are on a 7-0 streak betting the under. Stack this team at your own peril.

Who Should Give Snell Trouble?

There are no Yankee hitters with any serious ownage over Snell, but let’s take a look at who is worth consideration. Remember, this lineup is still scuffling and not getting timely hits. That said, we’re looking at:

Gleyber Torres ($4,000) Manger Aaron Boone has moved Torres up the 5 hole in the order for tonight, and he should add Snell to his list of long ball victims.

Gary Sanchez ($4,000) Yes, we’ve lost our mind, but why not? He’s gotta break out sometime so why not tonight. Sanchez is 3-8 against Snell with 2 home runs and if anyone ever needed to get off the schneid it’s him.

Domingo Germán ($6,700). Once upon a time a ‘thrown-in’ to a trade deal (in December of 2014, New York sent Martin Prado and David Phelps to Miami for Nathan Eovaldi, Garett Jones and Germån.), Germån has had a real shot here to establish himself in the Yankees rotation, but it may be slipping away. We’ve seen his ‘no-hit’ stuff, but too much of inconsistent, spotty outings. He gets in trouble when his location command is absent, particularly on his four-seam fastball. All eyes will be on him tonight as he tries for that elusive first victory.

PREDICTION: The good Germån shows up and gets the Tampa series off on the right foot. We’re thinking 6 strong and 8+ strikeouts. And nails down his first ‘W’.

Who Should Give German Trouble?

Germån is yet to face anyone on the Rays current roster, but let’s look at who won’t be making life miserable for New York pitching tonight. Purged from the Rays’ roster in the off-season are Jake Odorizzi (traded to MIN for Jermaine Palacios), Stephen Souza, Jr. (traded to D-Backs for Anthony Banda and 2 PTBNLs), Cory Dickerson (traded to PIT for Daniel Hudson, Tristan Gray and cash), and Ryan Schimpf (traded to ATL for a PTBNL).

Of that bunch, Souza, Jr. and Dickerson were certified PIA’s for Yankee pitching, so no tears shed there. On the current roster, there is:

Matt Duffy ($3,300) After an insane amount of time on the DL, the former San Francisco Giant standout is finally healthy and producing the way the Rays thought he would. Tampa acquired Duffy from S.F. in the Matty Moore trade on July 31st, 2016. The third-baseman is leading the club in hitting (.312 BA), base hits (65), and doubles (12).