Roark vs CC Kicks Off 2-Game Set with Gnats 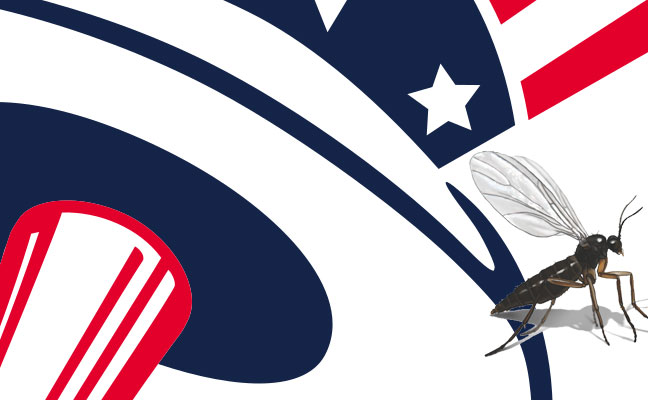 No, that’s not a typo. I vaguely recall New York Daily News headlines in the 1960s on the back page and sports section referring to the Washington Senators as the ‘Gnats’. So we’re going with it.

In what some are calling a preview of the 2018 World Series, the Yankees will host the Washington Nationals for a 2-game series at The Stadium, and they’ll miss ace Max Scherzer if anyone is wondering.

The following suggestions are for the 4:05pm EST Nationals vs Yankees matchup in Draft Kings’ Classic mode.

Roark will be making his first career start in Yankee Stadium tonight, and since his MLB debut in 2013 has faced only current Yankees with National League lineage — Did Gregorius, Giancarlo Stanton, and Neil Walker.

PREDICTION: Roark is not easy to figure out in fantasy starts. Most outings, he’s a grinder. Will give up some runs and hits, eat some innings and add up a decent amount of Ks.

The problem here is that the Yankees offense has been on the skids for a while now, even though they’re winning at a healthy clip. Tip: if any team is on a winning streak with an ‘under’ bet (which the Yankees have won their last 6 straight under bets), do not stack that lineup in Draft Kings! The over/under tonight is 9 and the money line is tight, so keep your powder dry on most pinstripe hitters.

Who Should Give Roark Trouble?

Giancarlo Stanton (5,000). Stanton has the most experience against Roark than any Yankee, with 8 hits in 33 ABs including 4 home runs, 4 walks and 6 RBI. The rub here is that in 2018, Stanton is having a truckload of trouble with right-handed pitching, hitting only .207 — BUT — he does have 8 of this 15 homers off righties. Go figure.

Miguel Andujar ($4,200). Andujar is crushing righties at a .340 clip, with 6 of his 8 home runs coming off them. He is equally potent at home and on the road, and has been slowly heating up as each month in the season progresses, hitting .444 so far in June.

The Big Man on The Bump

CC Sabathia ($6,600). The Pride of Vallejo (California) will be making his 12 start of the season and his first against a National League opponent.

PREDICTION: One of two things will happen here. The Big Man will keep the dangerous Nationals lineup in check, or they’ll light up the scoreboard. With speed at the top of the lineup (Adam Eaton and Trea Turner), then the big bats (Harper, Rendon, etc.), this roster can be a handful and a half. Our guess is that CC is well aware of this and will pitch accordingly. As usual, we’re looking for Sabathia to keep the Yankees (anemic) offense in striking distance.

In the limited batter history of Nationals vs CC, nothing remarkable jumps out so let’s look at who is tearing it up for Washington at the moment, staring with Mark Reynolds ($0,000). Reynolds has been solid since getting called to the Nationals, hitting .290 with 6 home runs in 19 games. He’s only 4-18 (.222) against CC, but one of those 4 hits is a home run.

Juan Soto ($4,200). A jewel of the Nationals’ farm system, Soto homered in his pro debut has hasn’t slowed down since. The outfielder has quickly risen in Draft Kings salary to $4,200, but is a five-tool player that can give you some serious return on investment. His first acquaintance with CC should be interesting.

Matt Adams ($3,900). The power-hitting lefty is second to only Bryce Harper (19) for team lead in homers with 13, and should be scary dangerous in Yankee Stadium. He’s had only 9 ABs there in his 6 year career, going 2-9, but that can change in a minute.