Quick Hits On A Quiet Sunday; DFS, Trades and 1964 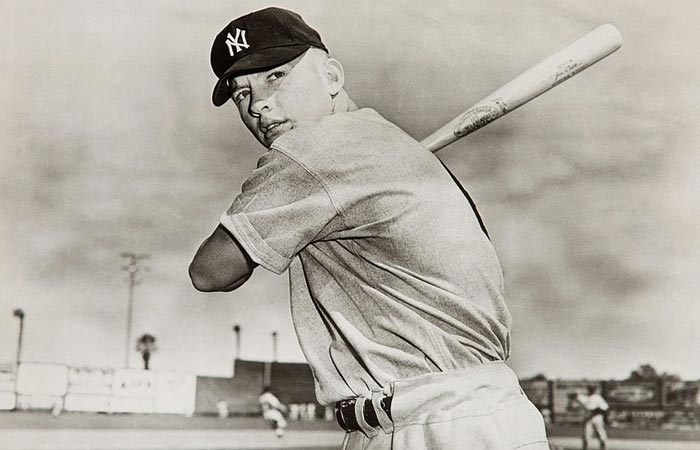 With the Yankees once again idle, we’re having some fun with the DraftKings MLB $400 Quarter Jukebox, a 5-game contest starting at 4:10pm EST/1:10pm PT.

All West Coast action in this one, but a couple of intriguing storylines … the suddenly powerhouse San Diego Padres and the hot hitting San Francisco Giants. The Friars have clubbed 5 grand slams in their last 6 games, while the Giants have ripped off 5 straight wins — and if they didn’t blow those 3 late-inning leads against the A’s last weekend, they’d be at .500 and in the discussion for a postseason slot. And it’s an even year, so look out! Okay, maybe that’s a stretch but San Francisco is playing some good baseball and could be overlooked in daily fantasy lineups.

Who’s raking for the Giants? Ex-New York Met IF/DH Wilmer Flores has quickly established himself in the Bay Area as a fan favorite, and his getting it done with both the leather and the lumber — and a value pick at $4,300. He’s hitting .350 with 4 home runs over 40 ABs in his last 10 games.

The Giants could be a nice stack, but one concern about a San Diego stack is the fact that 1B Eric Hosmer ($3,900), 3B Manny Machado ($4,800) and OF Will Myers ($3,200) have trouble with Houston starter Zack Greinke ($9,700), and SS Fernando Tatis, Jr. ($5,500) was only a handful of ABs against him. Greinke is coming off 3 straight solid starts. Maybe keep the powder dry on the Pods going slam-crazy again tonight.

Once again the speculation about moving Clint Frazier for pitching is starting to heat up. It didn’t make a lot of sense then, and makes even less sense now. After this cluster of a season is over and all of the asterisks are in place, Frazier will report to Tampa in February with the starting left fielders job his to lose. And he’ll be there a long time. Whatever number 3 or 4 starter is available for him is not worth the price. The postseason playoff structure is amateur hour. A three-game series for a division winner? That’s a rant for another column, but losing a player of Frazier’s ability for the maybe-maybe-maybe, non-guarantee to advance in a poorly-conceived tournament is not a smart move.

On August 23, 1964, the Yankees defeated the Boston Red Sox 4-3 at Fenway Park in a game that took 2:39 to complete. New York righty Jim Bouton (14-11) pitched a complete game, scattering 10 hits, walking one and striking out two. The Yankees four runs were provided by a Mickey Mantle 2-run blast in the third inning off Red Sox starter Earl Wilson (11-10), and two sac flies by first baseman Johnny Blanchard, scoring Roger Maris both times.

With the victory the Yankees picked up a half game in the American League standings (there were no divisions in either league then) to improve to 71-52, 5.5 games back of the first place Baltimore Orioles (77-48). In their quest for their eventual American League pennant that year the Bronx Bombers would also need to leap-frog the second place Chicago White Sox (76-50).

Three days later Baltimore fell to the Cleveland Indians, while Whitey Ford out-pitched Claude Osteen for a 4-1 victory over the Washington Senators (which took an unmanageable 2:13 to finish), reducing the deficit to 4 games. Mantle went 3-3 with a 2-run double in the bottom of the 8th.