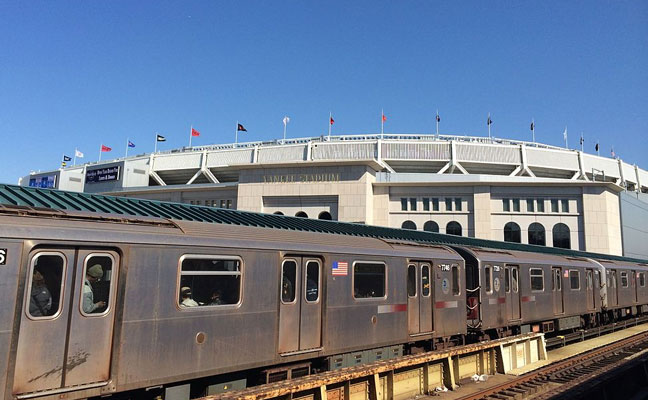 Another day, another game in the standings. The Yankees look like they are about to slip into an extended funk at the plate, and this time they won’t have the pitching to claw out improbable wins. In no time, they will be closer to 10 games behind the Boston Red Sox than 1 game behind.

Unless they empty the farm for Jacob deGrom, there is no pitcher available that is worth any serious group of prospects. And unless they start raking like everyone thinks they are capable of, this club has Wild Card Play-In Game potential for 2018, nothing more. It wasn’t long ago we were talking about busting the 1998 team’s numbers. Let’s hope we duplicate 2017’s success at least.

On paper, the Yankees lineup is indeed Murderer’s Row 2.0, but we’ve seen only flashes of that potential this season. And it’s been mind-numbing. Out of blind faith and hope against hopelessness, I’ll stack Yankees in a Draft King lineup night in and night out. It’s like buying a Lottery ticket — you have a chance, while you have no chance.

There is no compelling reason to stack Yankee hitters in the two remaining games of this series. Steven Matz and deGrom should keep the Bombers off balance — and while the Yankees might actually even win both of these by outlasting the starter and going ahead against the ‘pen, there does not appear to be an offensive explosion in the offing.

The Wise Guys have the Yankees at -228 on the moneyline with an under/over of 9. When playing in Yankee Stadium, the total has gone over in 5 of the last 7 contests between these two clubs. Straight up, the Yankees are 6-2 against the Mets over their last 8 matchups, going 4-2 at home.

Steven Matz and The Mets

But the pinstripes are looking terrible at the plate. Swinging at pitches well outside of the strike zone, jumping on first pitches when a pitcher obviously can’t find the plate, you name it. We’ve seen this movie before.

His biggest start only because a nightmare outing will send Yankees Universe into DEFCON 4, especially on the heels of Domingo German’s train wreck last night. Gray is 6-7, 5.46 ERA with a 1.51 WHIP, which is still astounding to look at. A loss today and decisions will be coming soon. The Yankees can’t afford to slip further in the East, and with German vanquished common sense says Gray’s spot in the rotation next. Luis Cessa will take over for German. Who will replace Gray is the $64K question.

Gray has to be particularly concerned with Jose Bautista, Yoenis Cespedes, Michael Conforto, and Brandon Nimmo. Stacking against Gray at home is not the worst play in the world, and could reap rewards today. Be cautioned that he will be a short leash by manager Aaron Boone, and the Yankees bullpen is still a formidable weapon, so your DK points from a Mets stack will have to happen early.

We’re rooting for Gray. We want to see a masterpiece, but reality bites. Here’s hoping we can’t predict baseball.