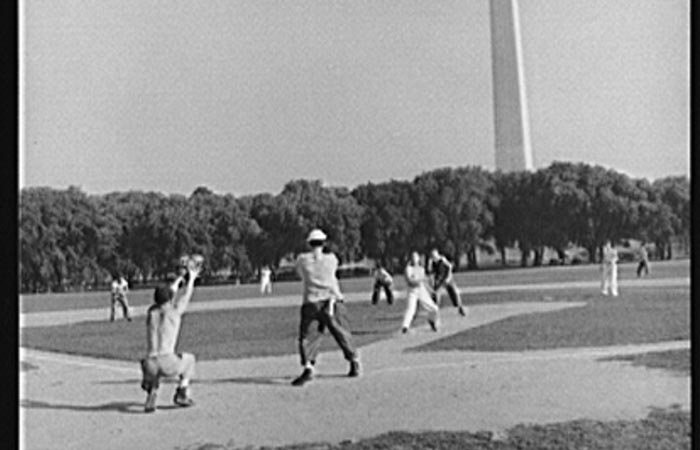 This evening’s New York Yankees contest against the defending World Series champion Washington Nationals is expected to be played under cloudy skies, but no real threat of severe weather — forecast for this evening is 82º with a 10% chance of rain.

THIS JUST IN : 2:45pm EST // Washington Nationals starting pitcher Stephen Strasburg was scratched (nerve issues in this right hand), and replaced with right-hander Erick Fedde. Only during the 2018 season did Fedde face the Yankees, and the sample sizes are small. Aaron Hicks took him deep once in 5 ABs. Fedde was selected in the first round of the 2014 MLB Amateur Draft by the Nationals, the 18th pick overall.

Fedde’s repertoire includes a heavy sinker (low 90s) and a high 80s cutter, along with breaking stuff in the mid 70s.

BALLPARK CONDITIONS : No wind to speak of by game time, only a southerly breeze at 6mph. Nationals Park is definitely regarded as a ‘hitter’s park’, allowing 1.267 home runs per game in 2019, second only to Rogers Centre in Toronto (1.317).

PITCHING MATCHUP : No history and experience to go on here, as Washington starter Stephen Strasburg has never pitched against the Yankees, and New York starter James Paxton will be facing the Nationals for the first time.

DJ LeMahieu ($4,500) will be starting at second and leading off, has more modest numbers against Strasburg (.286 BA, with 6 hits and 7 strikeouts in 21 ABs.) LeMahieu has cleared the COVID-19 protocols and manager Aaron Boone is wasting no time getting his glove and bat in the lineup.

NATIONALS LINEUP : While the Nationals have lost considerable firepower from recent vintages (Bryce Harper, Anthony Rendon, Ryan Zimmerman (who opted out due to the COVID-19 situation), and now Juan Soto (who just tested positive for the virus) — they are still no pushovers.

Strong draft consideration should go to SS Trea Turner, a threat on the basepaths and DraftKings loves the stolen bag, awarding 5 points for each. RF Adam Eaton is also a threat to steal, and can show power (he launched a career-high 15 home runs last season). In the season opener, Eaton gave Gerrit Cole and ERA with a big fly to right center.

One guy you leave off any lineup against the New York Yankees at your own peril is catcher Kurt Suzuki — a certified, card-carrying Yankee-killer if there ever was one. It’s doesn’t matter what park or what uniform Suzuki is rocking at the moment, he just rakes against pinstripe hurlers. At $4,000, he’s well worth a hard look at catcher, especially give how Gary Sanchez ($4,500) looked against Max Scherzer on Thursday. Then again, The Kracken can turn it around with one swing, so this a tough one.

Another interesting option is old friend Starling Castro ($3,800) — who was traded from the up and coming but struggling Marlins franchise to the defending world champs over the winter. You can bet he’d like to remind the Yankees why it wasn’t a good idea to trade him in the first place (Castro was part of the deal that brought Stanton to New York).

NOTES ON A YANKEES SCORECARD : It’s been widely reported that the telecast of Thursday’s season opener between these two teams was the most-watched regular season MLB game on any network since 2011.

Remember, all of this info is pure speculation on our part and not to taken literally. Anything can and probably will happen on the field, so do your own due diligence and we wish you the best of luck! And Let’s Go, Yankees!