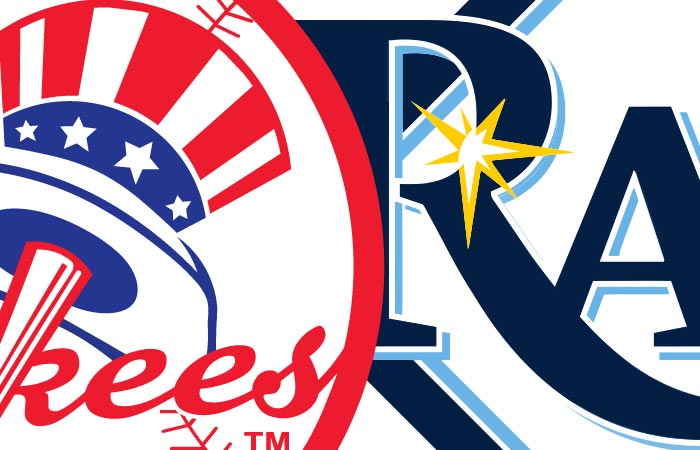 This four-game series began with the Tampa Rays on the ropes and a great opportunity for New York to put some increased distance between them in the standings. While that might still happen, yesterday’s limp effort by the Yankees is not instilling confidence in anyone that it will.

Masahiro Tanaka was his usual dominant self against the Rays, but the New York pitching staff was basically betrayed by anemic hitting, bad base-running and an untimely defensive lapse. If the hitting funk continues and there is no run support for Gerrit Cole in game one of today’s twin bill, the possibility of getting swept becomes far more real.

Tampa had dropped 5 of 6 before yesterday’s win. If you combine the cluster of the 11-7 loss to Philly and this 1-0 preventable loss to Tampa, that’s 2 stinkers out of the last 3 for the Yankees.

In this short season, there is no margin for extended bad play. By the end of next week, a full one-third of the season will be completed.

DRAFTKINGS CONTEST : Lineup tips and player salaries are for the first game only of today’s doubleheader: MLB $1K Quarter Jukebox contest starting at 2:10pm EST, 11:10am PT. As usual, DraftKings will not make the second game available.

BALLPARK CONDITIONS : The temperature should be a pleasant 72° inside Tropicana Field, a domed stadium in St. Petersburg, Florida with horrible lighting and Little League ground rules (see ground rules here).

A native of Newhall, California, Glasnow was drafted by the Pittsburgh Pirates in the 5th round of the 2011 MLB Amateur Draft. He made his MLB debut in 2016, and broke into the Bucs starting rotation in 2017 — which was a tough season and the club moved him to the bullpen for the 2018 campaign. In July of that year Glasnow (and Austin Meadows) were traded to Tampa for then-Rays ace Chris Archer.

Under the Rays program, Glasnow has begun to show the promise of his early professional career. Not a good thing for the Yankees right now.

Given the Bronx Bombers being anything but lately, Game One today has the potential for disaster. Glasnow relies mainly on a 98mph four-seam fastball that results in above league average swing and miss numbers — one thing the Yankees are doing consistently at the moment.

His secondary pitch is an 83mph breaking ball, along with a seldom used change up (low 90s). Glasnow has allowed 4 hits across 35 innings so far in 2020, and is equally nasty against lefty and righty hitters (.154 and .118 respectively).

For New York, Cole will take his 97mph four-seam fastball, along with a 90mph slider and low-80s curveball against a Tampa squad that was kept in check by yesterday’s starter Masahiro Tanaka.

YANKEES HITTING NOTES : Nothing to speak of in terms of Glasnow vs current Yankee hitters, only Giancarlo Stanton ($5,400) has homered off him. Today’s probable starting lineup totals 5-24 against the lanky righthander.

IMPORTANT : Check back after the official lineups have been announced (usually by 2pm EST), and definitely double-check your DraftKings MLB fantasy line at least 15-20 minutes prior to gametime (2:10pm EST/11:10pm PT) to make sure all of your picks are starting. Good luck, and Let’s Go Yankees!