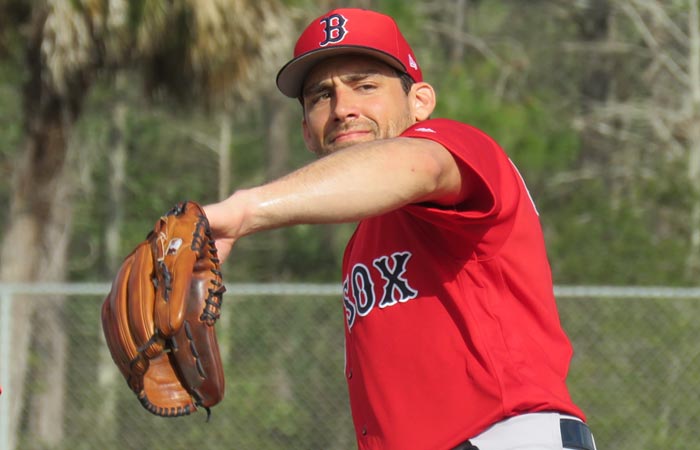 The good news is that Gleyber Torres and Gary Sanchez are showing signs of getting their groove back at the plate, and starter James Paxton seems to have his velocity issue going in the right direction. The somewhat concerning news is that the main thing in between preserving the 13-6 Yankees home unbeaten streak is tonight’s starter for the 6-14 Red Sox: Nasty Nathan Eovaldi.

We see a tight, low scoring game decided by a run or two. Eovaldi will get his 8 or 9 strikeouts, and probably keep a limit on any big innings for the Bronx Bombers. This game needs to be decided against Eovaldi, not the Red Sox pen, which is their main strength at the moment. Clint Frazier or Luke Voit going yard are good possibilities as well.

DRAFTKINGS CONTEST : Lineup tips and player salaries are for the MLB Showdown $500 Quarter Jukebox, a ‘showdown’ contest starting at 7:05pm EST, 4:05am PT.

THE WISE GUYS : The sportsbooks have this a close tilt, with a moneyline consensus of New York -152 and Boston +142, and an Under/Over of 9.

BALLPARK CONDITIONS : By game-time this evening the temperature is expected to be a mild 78° under mostly cloudy skies with winds from the East at 11mph. There is a 10% chance of some wet stuff.

We always get nervous when a former Yankee pitcher faces us, especially one we’ve given up on or simply traded before they could get a legitimate shot at a rotation spot. Not too long ago, we thought the next 2 Yankee no-hitters or perfect games would come from one, if not both, of Nathan Eovaldi and Michael Pineda. When in the zone, both had no-no stuff. Filthy, unhittable, sometimes uncatchable. But those moments where few and far between.

The Yankees obtained Eovaldi in a December 2014 trade with the Miami Marlins, which also included Garrett Jones, and Domingo Germán. New York sent IF Martín Prado and right-hander pitcher David Phelps to the Fish.

Everywhere Eovaldi pitched, he showed tantalizing flashes of brilliance despite some stats that might argue otherwise (allowing the most hits in National League (233 in 2014, lopsided win-loss records, etc.). The injuries that kept him from reaching his full potential in New York and Tampa subsided when he arrived in Boston (of course they did, with a division rival and not just any division rival!)

Eovaldi brings a career mark of 47-55, 4.23 ERA and 734 strikeouts into tonight’s game, with an arsenal that relies on a 97mph four-seam fastball, an 89mph slider, 88mph splitter, along with a 79mph curve and a 92mph cutter — nothing he throws is soft. He is most successful when he finishes off hitters either up the ladder or in the dirt.

For New York, Paxton is coming off what could be considered a strong bounce-back effort from previous starts, but probably should have be pulled after the 6th inning.

RED SOX HITTING NOTES : Here’s who Paxton needs to be careful with tonight: