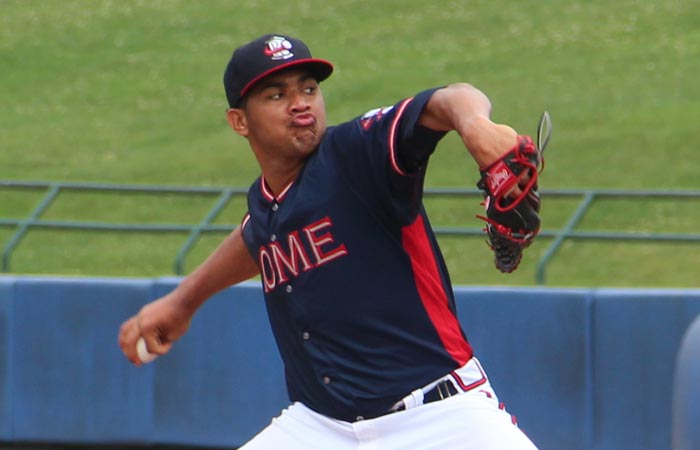 TANAKA TOES THE SLAB IN 2-GAME SET FINALE VS BRAVES

The 11-6 New York Yankees will start righthander Masahiro Tanaka (0-0, 1.17 ERA, WHIP 0.78. $7,600) against the visiting 11-8 Atlanta Braves. The Bronx Bombers broke out the bats in last night’s contest as a 3-run Luke Voit home run in the first inning and a Aaron Judge solo shot in the 5th led the way to a 9-6 victory. New York has not lost at Yankee Stadium yet this season.

THE WISE GUYS : The sportsbooks are liking the Yankees with a moneyline of New York -188, Atlanta +173, with an Under/Over of 9.5;

BALLPARK CONDITIONS : Scattered thunderstorms are predicted today for the New York metro area, but should pass through just before game time. Temps with be in the mid-80s under mostly cloudy skies and a 35% chance of showers, but decreasing as the evening goes on. Winds will be SSW at 6mph.

PITCHING MATCHUP : The Atlanta Braves will start Huascar Jose Ynoa, a 22-year-old righthander from Puerto Plata in the Dominican Republic. He was signed in July of 2014 by the Minnesota Twins as an international free agent, then traded to Atlanta in July of 2017 for pitchers Jaime García and Anthony Recker.

Ynoa relies mainly on his four-seam fastball (96mph) and a 12-6 curveball (86mph), along with a changeup also clocked at 86mph.

Masahiro Tanaka has a tendency to give up the occasional long ball and the Braves who have homered off him include C Travis d’Arnaud and 1B Freddie Freeman. The rest of Atlanta’s lineup has too small a sample size to be of value, only OF Nick Markakis (2-10 .200) has at least 10 ABs against Tanaka.

YANKEES HITTING NOTES : There is no statistical data for Yankees bats against the young right hander, so let’s see who’s been hot.