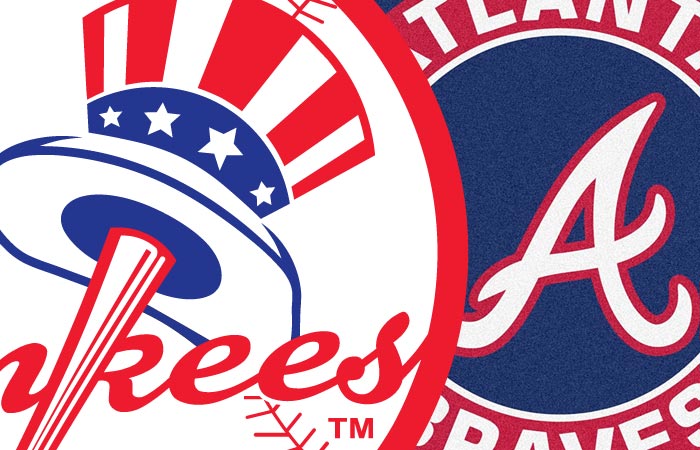 In an increasingly unmanageable season, the Yankees have yet another doubleheader foisted on them today thanks to yesterday’s rainout. The team has not played in 5 days. Gerrit Cole will take the ball in game one against Braves prospect Ian Anderson, who will be making his MLB debut. Masahiro Tanaka will take charge in the nightcap against lefthander Max Fried.

At this writing (11:00am Pacific), the following is displayed on the contest detail page: ALERT! Players from the Yankees vs Braves game will not receive fantasy points, please check your lineup!

When there is a doubleheader, DraftKings will normally only make one game available — usually the regularly scheduled one. The added game is rarely if ever included. What’s odd about today’s offerings is that yesterday’s postponed game will begin today at 6:35pm EST, and is not available in any contests, but neither is the regularly scheduled nightcap, now starting a 4:10pm EST. Both will be 7-inning affairs.

So we have a Yankees doubleheader with no DraftKings contests. If anything changes, we’ll include any updates here.

If you’re wagering on the first game of today’s doubleheader in Atlanta on another platform, yesterday’s lineup tips basically still hold (expect for the player salaries, of course). The moneyline has shifted a bit to New York -175 and the Braves +161. The Over/Under has adjusted from 8.5 to 6.5, a significant move given it’s now a 7-inning affair.

ONE FOR THE BOOKS

The ‘Slam’ Diego Padres have nothin’ on the Bronx Bombers, baby! While the Friars have been racking up grand slams like crazy, here’s one mark they haven’t approached yet — and one record that will probably hang around for a while.

OTD in 2011, the Yankees became the first team ever to hit three grand slams in one game pic.twitter.com/sX9cphFors

On August 26, 1961, the Yankees defeated the host Kansas City Athletics 5-1 in an afternoon game at Municipal Stadium. Catskill, New York native Bill Stafford threw a complete game for New York, scattering 3 hits and striking out 8. In the top of the 6th inning with a 3-0 lead, shortstop Tony Kubek and right-fielder Roger Maris went back to back (and belly to belly) to put the game out of reach. It was the 51st home run of the season for Maris, who would hit 10 more and break Babe Ruth‘s single season home run record of 60.

Under manager Ralph Houk, the 1961 Yankees finished in first place in the American League with a 109-53 record, and defeating the National League champion Cincinnati Reds 4 games to 1 in the World Series.