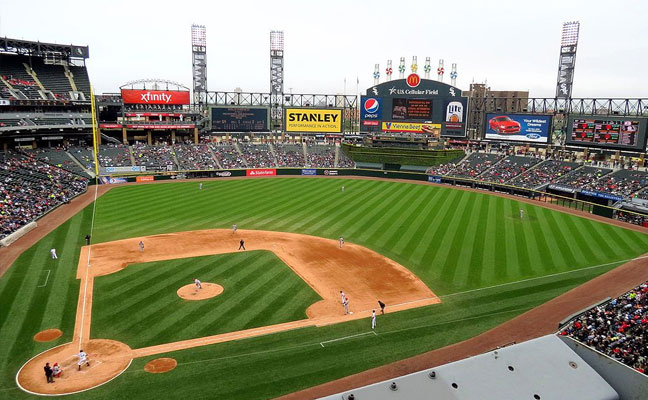 It was almost better the Yankees got swept in Beantown. Otherwise we’d been listening to all the horsespit about how “we got something positive out this, it’s the turning point, yadda, yaada, yadda”. Give me a break.

This team needs a wake-up call, and if that wasn’t it you can stick a fork in them right now. It’s been well documented that the Yankees can’t beat mediocre teams, now we can’t beat good teams either. What’s left?

Lance Lynn vs The White Sox

In particular, Lynn has to watch out for third baseman Yolmer Sanchez ($3,500), who is 4-10 (.400) with 2 doubles. The remainder of Chicago’s lineup has small sample sizes, but first-baseman Jose Abreu ($4,600) has been hot, hitting .400 with 3 home runs in his last 7 games. (Correction: Earlier we included Welington Castillo in this group, spacing out on the fact he was handed an 80 game suspension for violating MLB’s performance-enhancing substance rules.)

Dylan Covey vs The Yankees

A 26-year old second year player from Glendale, California, Dylan Covey (4-7, 5.57 ERA) ($4,100) has faced the Yankees only once, on April 19, 2017 at Yankee Stadium. He was given a rude Bronx welcome in a Yankees 9-1 victory, getting torched for 8 earned runs over 5 innings, including serving up big flies to Chase Headley, Starlin Castro, and Aaron Judge — who none of whom can help the Bronx Bombers tonight.

Covey was selected in the 2010 draft but the Milwaukee Brewers but a subsequent physical exam revealed he had Type I diabetes. He went back to school, then was drafted by the Oakland A’s in 2013. He was grabbed by the White in the 2016 Rule 5 draft. He appeared in 18 games for the White Sox in 2017, going 0-7 over 12 starts with a 7.71 ERA.

Check back later when New York’s lineup is announced for a cheatsheet on the hitters.

The Yankees are 17-8 straight up over their last 25 contests with the Chicago White Sox, but are 1-4 in their last 5 road games against the White Sox. The over/under is a healthy 9.5, and 7 of the last 10 games between these clubs in Chicago has gone over. We’re expected the same tonight.

One trend in New York’s favor is their record outside the AL East, a solid 42-18, a game and a half behind behind the surging Oakland A’s for MLB’s best. While favored to win tonight, New York is in the middle of the pack as a road favorite, with a 25-18 (a 58% winning percentage). The White Sox are 16-24 as a home underdog, a 40% winning percentage.

It must be ovah! Talk is now turning to the three probable AL Wild Card slot contenders: “How Yankees would attack Wild Card vs. Mariners or A’s” (from nj.com)